The Akwesasne Mohawk community has had a long history of military service. For hundreds of years, this thriving Mohawk nation and its people have made the sacrifice of their sons and daughters to ensure peace and safety in the USA and Canada.

The community has tracked nearly 1,000 military service members and veterans from Akwesasne, with service members going back to at least the Civil War and that number continues to grow. It is said that it is hard to find an Akwesasne family who hasn’t had someone serve in the U.S. or Canadian military. This aligns with the U.S. trend that more Native Americans serve in the military per capita than any other ethnic group. 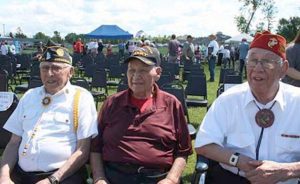 In addition to the nation’s storied military service, Akwesashrό:non, the people of Akwesasne, are recognized for their critical role as Code Talkers in World War II, service members who used their native languages to transmit sensitive military communications.

Akwesasne was home to 17 confirmed Mohawk Code Talkers, who were awarded the Congressional Silver Medal for their contributions as Native American code talkers in 2016. While these exemplary Akwesasne men have since passed on, their stories, legacy, and contributions live on. 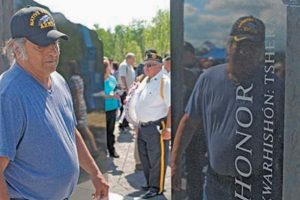 Visit the Akwesasne Veterans Memorial Monument in Generations Park, which honors Akwesasne’s servicemen and women for their contributions in times of war and peace in both U.S. and Canadian militaries. The memorial was designed by Canadian Noella Cotnam and is made up of three stone slabs. The center stone is inscribed with a dedication and the other two slabs are carved with the words “Respect,” “Honor,” “Gratitude” and “Bravery,” both in English and Mohawk. 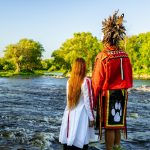