As the news of mass graves of children at Indian Residential Schools spread through the headlines, the realization and trauma of these experiences come to the surface. Not only are the loss of these precious lives heartbreaking, the experience and long-term effects on the survivors of these institutions are still being felt today.

Hidden under the guise of providing education, United States of American and Canadian federal governments instituted programs promising to educate Native children in the Anglo-American fashion in hopes for a better future. In truth, these programs were designed as a campaign to “kill the Indian, save the man,” by effectively separating families and forcing children to give up their Indigenous cultural ways in an attempt to erase their culture. Parents were often coerced into sending their children to these “schools,” where children were forbidden from speaking their Native languages, wearing their traditional clothing and hairstyles, and were frequently abused by their teachers, the priests, nuns and other “guardians” who operated these programs.

The origins of the Indian Residential Schools system can be traced back to United States policy, which created a network of schools designed to forcibly assimilate Native Americans. This system was also adopted in Canada, impacting Native families across North America for over 100 years. At their height, there were over 300 boarding schools in the USA and another 139 reported in Canada. By 1926 in the USA, nearly 83% of Indian school-aged children (roughly from 5-18, but some were as young as 3) were attending boarding schools, the last of them closing as late as 1996. It is estimated that more than 150,000 children attended Canadian Residential Schools, where thousands of them died, and countless others were seriously harmed in the process. Although the actual number of children to attend Residential Schools in both the United States and Canada may never be fully known, the staggering reach and impact of these programs have impacted EVERY SINGLE Native family in North America. “Our communities have and still are suffering in unimaginable ways due to the concentration camps they made for our people which they titled ‘Residential Schools,’ which is the efforts put in place by the U.S. and Canadian governments and the Church to extinguish us from our lands,” says Jonel Beauvais, a Co-Creator of the Welcome Home Circle. 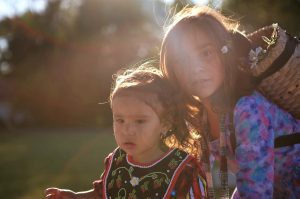 After centuries of cultural oppression and genocide, which left lasting marks on generations to come, many Native Peoples have embraced their cultures and languages. This embrace, especially by the youth, has spurred a remarkable cultural revitalization, which is alive and well in Akwesasne. In Akwesasne, even the youngest Mohawks speak the language of their ancestors and know traditional teachings. “Programs within the community are using their brilliance and funds to support cultural teachers and workshops that play a wonderful role in helping return the people to the ways of thinking that keep us in peace and harmony,” Beauvais adds. “Major efforts have been made to revitalize language, songs, teachings and ceremonial practices to help strengthen the coming generations.”

Many Indigenous languages are rapidly declining as a direct result of residential schools and assimilation campaigns. In Akwesasne, fluent Mohawk language speakers are estimated to be around 1,000. There is a larger trend to preserve Indigenous languages, and efforts to fund both youth and adult immersion programs. Learn more about them here.

Started in 1979, this privately-funded elementary school plays a critical role in revitalizing Mohawk language and culture in Akwesasne. The Freedom School is the first school of its kind to adopt a total Mohawk-immersion curriculum and it did so without approval or funding from state, federal or provincial governments. In this way, Mohawk people are reversing the effects of the assimilation process and ensuring that Mohawk people do not lose their language, culture, or identity. To support this school’s efforts, visit their fundraising page.

Akwesasne Artists Carry on the Torch 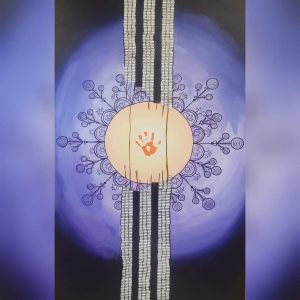 Akwesasne artwork has definitely become one of the most visible forms of cultural expression and revitalization. Local artisans and talented youth have created incredible works of art in various mediums, which showcase traditional style, history, knowledge, their skill and worldview. Find brilliantly colored and intricately woven baskets, detailed bead work with ancient and modern motifs, and clothing and accessories with handmade accents. Learn more about Akwesasne art and artisans here.

As part of this celebration of Mohawk culture, Akwesasne Travel has launched cultural tours to help communicate the importance of Akwesasne culture and help finance cultural heritage preservation. These tours celebrate Akwesasne art and artisans, Indigenous knowledge and traditional sports like Lacrosse. Tourism not only supports Akwesasne’s culture, wellbeing and economy, but it can help create a more enlightened global citizen. The meeting of people from different cultures can promote peace, foster intercultural understanding and can help reduce stereotypes.

“Building relationships is vital during times of great divide. The support of those outside our community is greatly needed!” Beauvais comments. “The awareness of truth in history has been strategically withheld and is crucial to how our future generations will unfold because we want better for the babies we have birthed into this world. We would like to offer them the inheritance of friendship and unity.”

Learn more about Mohawk culture on these tours.